If you and your children’s other parent are splitting up, chances are you’ll need to talk to a Rancho Cucamonga child custody lawyer who understands how the courts view custody in California.

Many people turn to an attorney for help, because child custody is one of the most hotly contested issues during divorce. It’s always a good idea to familiarize yourself with how custody works in our state before you begin working your way through the court system.

It’s usually best if you and your ex can work out a fair custody and visitation agreement on your own, without the court’s input. A Rancho Cucamonga child custody lawyer from our firm can help you negotiate these terms. If you and your ex are able to reach an agreement, a judge won’t decide for you—and everyone is usually happier when they reach their own resolution.

Under California law, both parents begin with equal rights to custody. The law recognizes that both parents also bear a responsibility to their children, and that the children typically benefit from maintaining strong relationships with each parent.

If you and your ex agree on a custody and visitation agreement, all you need to do is submit it to the court and wait for the judge to approve it. However, if you cannot agree, the judge will decide where your children live and how much time each of you will get to visit with them.

There are two types of custody in the state of California: legal and physical.

The term legal custody refers to the right of each parent to make decisions regarding the child. These decisions include things such as the following:

In many cases, parents share legal custody. That means the law to expects you to work together to make the right choices for your children. However, there are some cases in which only one parent has legal custody—and therefore the right to make these important decisions.

In many cases, however, parents share joint physical custody. It’s not uncommon to find a custody agreement that includes alternating weekends for each parent and ample parenting time throughout the week. Working with a Rancho Cucamonga child custody lawyer from our firm is the best way to ensure that you will be able to achieve a custody arrangement that works for both you and your children.

How Does Child Support Factor Into Custody?

In the state of California, courts must adhere to statewide guidelines when they determine child support. The state uses a specific formula that accounts for the number of children you and your ex share, both parents’ income, and several other factors.

The California courts will look at a number of factors when they decide who gets legal and physical custody of children. These factors are described below:

How this information and your role are conveyed are incredibly important to the outcome of your custody dispute. In order to have your side portrayed correctly, the counsel and representation provided by a Rancho Cucamonga child custody lawyer from our firm should be sought as soon as possible.

The Best Interests of the Child

The best interests of a child are extremely important. When a judge must decide on custody, he or she needs to make sure that the child will be in the right environment, regardless of what either parent wants. Your Rancho Cucamonga child custody lawyer will make sure that this process is conducted fairly and that everything appropriate is factored in.

When a judge must decide on custody because the divorcing parents cannot come to terms, he or she may order a 730 evaluation.

In all cases, the court’s responsibility is to look out for the best interests of the child. During a 730 evaluation, both parents and the child will typically be interviewed in a custody evaluator’s office to ensure that the child’s best interests are being served.

Listed below are some further resources you can find on our site. Should you have any questions or require further information, a Rancho Cucamonga child custody lawyer will be able to address your concerns during a free consultation.

Call us at 909-466-7661 or fill out our online form below for a free case evaluation. We can ensure that your child’s best interests are being served and that you are represented fairly. 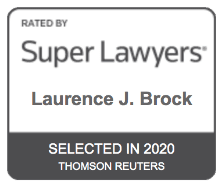